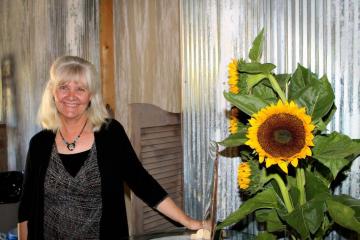 Hidden Valley Guest Ranch is set apart from the “frou-frou” lodging choices in Eureka Springs, and the Hidden Valley Barn is the reason. Hidden Valley Barn greets guests right at the front gate, standing sentinel over the Real Ozarks Experience for our visitors. Built in the early fifties, the classic red and white gambrel barn is built from rough sawn lumber, and has housed every form of livestock from chickens, to cattle, to sheep, to horses, and even sheltered camels from the Great Passion Play at one point. (Those were the days!) Hidden Valley Barn is in active use daily.

Family-owned and operated. Come and see the difference that can make!

How should I even BEGIN? Long before his children were involved in the day to day operations of Hidden Valley Guest Ranch, Dr. James Robert Maxfield and his brother, Dr. Jack Maxfield of Dallas, Texas, met with a patient who had some property in Arkansas he wanted to sell in trade for services for the very successful cancer treatments they had given him. The two doctors jumped into their airplane one Sunday and took a quick trip north to see it. They flew over the property, admiring the lushness of the hills and deep valleys with its beautiful barn and outbuildings, and flew home without setting foot on it. The deal was consummated over the phone.

So began the saga of four generations of family who have come to Hidden Valley and gone home to their work renewed and refreshed. Soon the family home at Hidden Valley was a revolving door of hospitality! It was a natural progression to the dreams of Dr. J. R.’s son Jordan who had a vision for luxury log cabins to expand the circle of friends and family, an old family tradition. He moved with his wife and children from Texas to oversee the construction, and the next thing we knew, we were officially innkeepers! Mom, Dad and daughters, Merica, Kathryn, and Teale made the transition from city life to country life and twelve-year-old Kathryn became our best reservations!

Now they have grown up and given us grandchildren who range from 6 to 16 who contribute in their own special ways. Jordan’s dream and mine now include them in our long-term plans to keep Hidden Valley open to tourism and to locals for generations to come. We make sure each one has cowboy boots as they grow.

Jordan’s father used to say, “If you want to leave your footprints in the sands of time, be sure to wear your work boots. And when I saw those footprints on the moon after the lunar landing, I really understood what that meant.” Jordan and I trained our daughters to sort their husband material by how they could ride, set fence posts and use tools, and how willing they were in the process. They attracted many wannabes before they married. I’d say the future of Hidden Valley is in very good hands. Jordan and I never suspected we would get such pretty grandchildren, and they all wear work boots. This is our legacy to “Grandpa J. R.” who played such an important role in getting us started. Jordan’s mother Kathryn (we must admit) preferred Dallas, Texas to her home in Arkansas, but she would often say, “Oh, didn’t you know? Arkansas is the prettiest part of Texas. If you’ve never been there, honey, you have been deprived!” 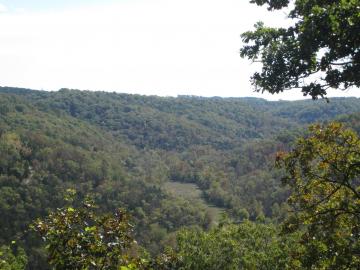 Miss Tandy says “I love what I do for Hidden Valley Guest Ranch, but I am only in charge as long as I remember God is the real owner."

You do not have to be here long to find that hard to define "something" you’ve been searching for and realize it isn't anything you can buy in a store.

We know it is something important, and which is probably different for each person who comes here. We trust and declare you will find it here.